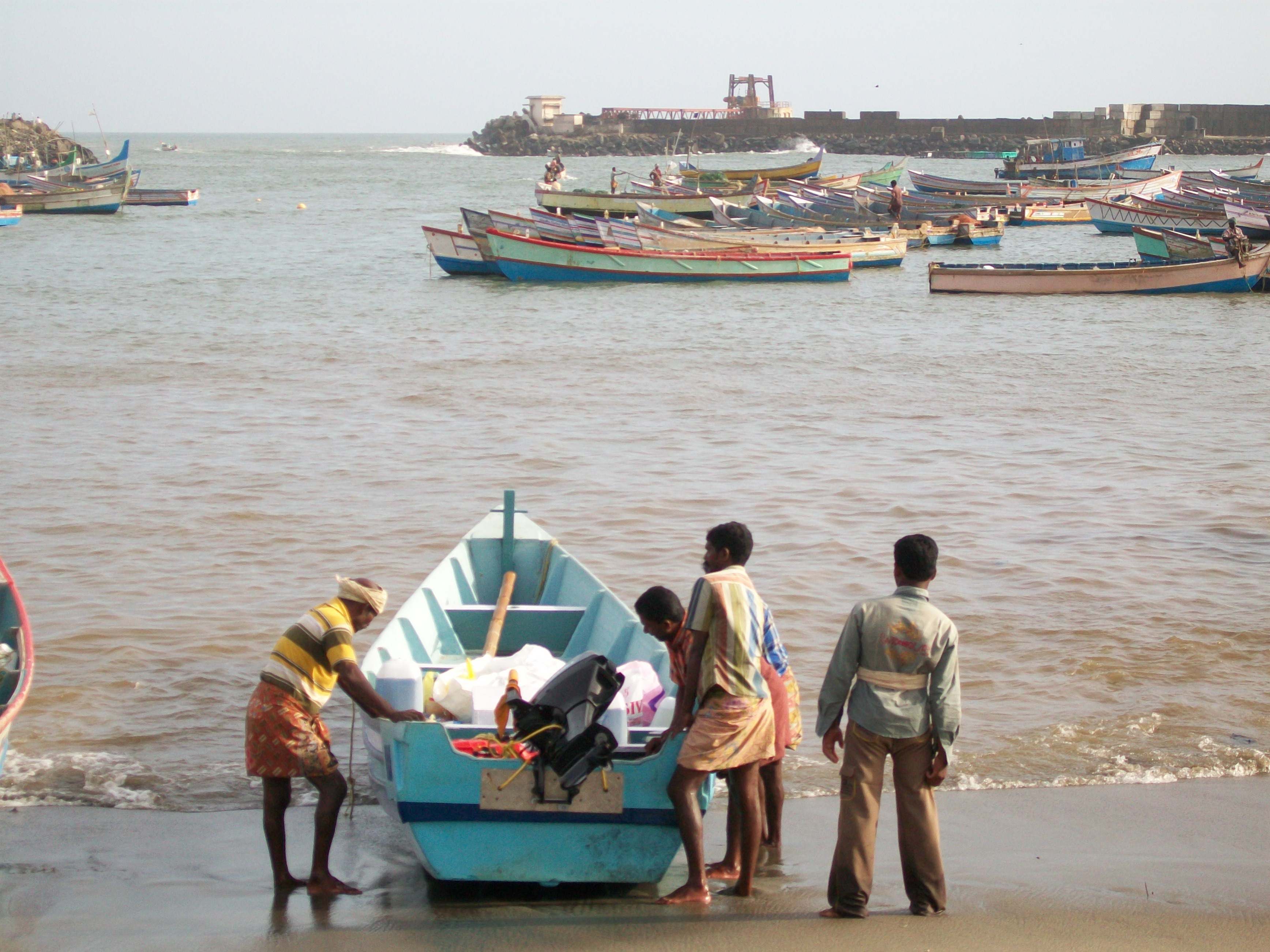 VIZHINJAM; FORESEEING THE FISCAL FIST
“Nature does not hurry, yet everything is accomplished” Lao Tzu. Coupled with this quote, yes; Vizhinjam the natural beauty queen on its port project was not in a hurry, yet the dream is about to cherish. Vizhinjam project is officially conceived about 25 years ago which is going to deliver soon. Vizhinjam, the beauty beach is located in Trivandrum, the capital city of Kerala. The marshy fisherman village on the shore of the Arabian Sea is naturally blessed with all facilities of a ‘mother port’, which is absent in our nation. Because of the God given natural water depth of more than 20 meter within a nautical mile from coast, it requires very minimal capital dredging. Though the fisherman will be in a hazard for a short while, the project as a whole will benefit for the entire nation and it can widely influence upon the economic development of the future India.

The port project model was primarily suggested as the Public Private Partnership (PPP) – Private Service’s model and two rounds of bidding and tenders were also called which ended up as a failure because of various reasons including the inherent un-viability of the project’s economic rationale. The first and second rounds were granted to a Chinese company and Lanco group. Both failed due to security reason and withdrawal as challenged by the High Court of Kerala. The cabinet finally decided to award the multi-thousand crore Vizhinjam international ports and deep-water container transshipment terminal to Adani Ports and SEZ, the sole bidder. Adani Ports and Special Economic Zone Limited (APSEZ) is India’s largest private multi-port operator now which started up with a single port in mundra.

To choose Vizhinjam as mother port is hinged on the sole qualities of the land as follows:
• Admirable road and rail connectivity coupled with distinguishable air travel, the only state which holds three international airports.
• Unbeatable trained and skilled manpower since Kerala is the most literate state.
• Marks the land of southern edge of Indian chersonese.
• Nominal capital dredging. (1 million cubic meters in Phase I)
• Natural water depth.
• Can act as mother port in all means by catering to the needs of north east west and south of India.
• The Greenfield zone channelizes to great tourism future.

Considering the worldwide seaports, the biggest ports are all spotted in China. It was Singapore; the largest container port which has been overtook by Shanghai very few years back which handled 33.62 million TEUs of cargo. In the top ten seaports around the world almost 70% is covered by China ports, according to the data of world shipping council. United States of America is the largest importer though its ports could not rank the worlds’ largest.

The axis of economic scenario of a country lies with trade and commerce which is muscled by the exports and imports. The strength of which is the connectivity by means of road, air and sea. Thus seaports can be the significant element to balance the economic development. The economic development of Singapore, China and Dubai is mainly through its port developments. According to AAPA (American Association of Port Authorities) although contributing to national security, America’s public ports handle the fundamental factor of state and local economic development and formation of employment. A. Smith (1776) argued: “As by means of water-carriage, a more extensive market is opened to every sort of industry than what land-carriage alone can afford it, so it is upon the sea-coast and along the banks of navigable rivers that industry of every kind naturally begins to subdivide and improve itself …”

USA being the largest economically or financially stabled country has gained the status because it is the largest importer of the world market. To scribble your own signature in the world trade, it’s paramount to hold your hand in the export – import, in which the mandatory prerequisite is none other than connectivity.

The union government envisage to amend the Cabotage law in order to ease the transshipment particularly container terminal. Today majority of Indian ships are transshipped abroad and then reach our hubs. If vizhinjam successfully comes out as a mother port, it would have been a commendation for Indian maritime activities in less cost and least time. Simultaneously, the 12th Five Year Plan also aims at 180626cr of investment in port sector. Expectantly, the massive coming up of the port may open up the wide arena of export-import system of the country and can enact a predominant player of the nation economy thereby over took the global economy by stepping into the shoes of China.

Certain environmental hazards take apart; it provides regional and national prosperity through jobs, income and welfare. Precisely in the containerized sector of the ports, elemental increase in port throughput should necessitate the commencement of additional infrastructures. Currently the scope of ports has been bolstering to a logistical platform. It enacts as the mouth of the country which can financially feed and nourish the nation. Though globalization transformed the face of trade and commerce, with the advancement of technology, sea transit became pricey. Remarkably it is favorable to have a mother port of its own in India. Besides, ports equate many other services thereby enacts as a long term advancement. Summate with globalization, port exposes the wide range of trade and business and can be the robust wheels of the nation economy. Hopefully, alike Chinese, Singapore and Dubai ports, Vizhinjam the mother port can be a fiscal fist of the country, thereby ensure the economic stability promptly by exploiting all possibilities of transshipment.
Adv. Kanmani. K.S.